Yesterday we spontaneously decided to go watch Boise State University football team play the Air Force Academy. That set us up for an awesome Friday, complete with a couple of hours of the newly established Deutsche Kindergruppe Boise (German Kids Group) then off to the game.

Then, not more than 1 hour after picking up the tickets, our son vomited. First thought: Uuuuuuuhhhhh, I guess we can kiss that plan goodbye. He had been kind of mopey before that, but we weren’t expecting that. As luck would have it though, that seemed to do the trick and he perked right up after that. Plan saved! Well, partially anyway. We decided it wouldn’t be a good idea to go to the playgroup, in case the little guy had some kind of bug. That is probably the quickest way to get yourself un-invited, lol. He kept feeling better and better all afternoon & evening though, so we decided to go to the game.

The one *small* part of the calculation we forgot when deciding to buy tickets to the game was it being a night game, in November.  Luckily one of the guys at work realized it would be cold and offered some outdoor blankets and set pads for us to use.  Man was that a lifesaver, because it was coooooold! After we finally climbed what felt like 20 stories worth of stairs, we finally made it to our seats in time for a 35°F (2°C) kick-off. 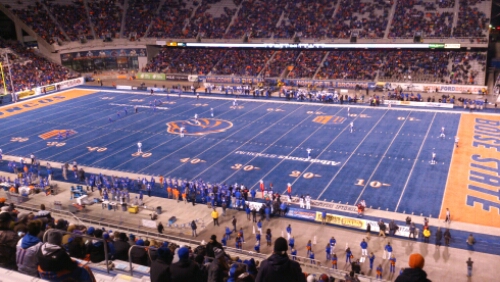 The cold wasn’t really that bad in the 1st quarter of the game. Not only did the seat pads make the aluminum benches more comfortable, they kept us from literally freezing our butts off. It wasn’t long before half time though, and we were under the blankets.

Speaking of half time, college marching bands are absolutely amazing.  I had never seen one in person before last night, and I am eternally impressed.  The choreography involved and what must be hours of practice involved to get (probably) over 100 people to move in unison is simply amazing. They used their formation to make a number of figures to include a spider. But the most impressive was the bus with the spinning wheels, and then the “bus” comprised of so many individuals drove down the field. Absolutely amazing. 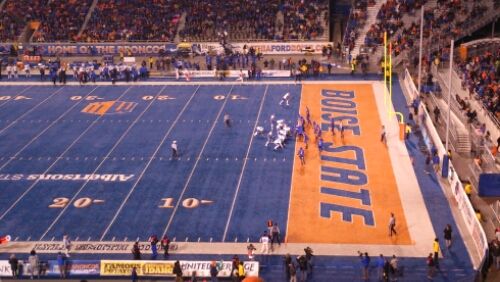 Well in the 3rd quarter it just kept getting colder.  Once the Air Force Academy had an 18 point lead, we decided if they scored one more touchdown we would pack it up and head home. Then came a BSU interception in the endzone, and the rally to follow. Somewhere in the 4th quarter, with BSU still down by 10 points, I told my wife we could go if she wanted to since she was the coldest of the three of us. What I received though was evidence of how hardcore of a football fan my wife has become when she said “Not now, this is too suspenseful!”

By the time the final whistle blew it was 27°F (-3°C) out there, and the “real feel” was 24°F (-4°C). I hadn’t realized how much warmer we actually were under those blankets until we stood up to go. After shiveringly packing everything up at light speed, we made our way down from our highrise level seats and back to the sweet, warm embrace of the car heater. Once we had made it home, tucked in the little one, and found our way to the couch I said to my wife: “the next time we go watch football in November, we go to a day game!” I couldn’t understand everything she said through her still-frozen-jawed mouth, but I’m pretty sure she agreed.

One thought on “Germericans Freezing at a College Football Game”

Tell me what you think Cancel reply 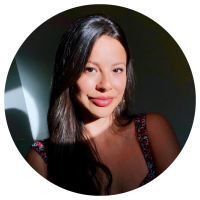 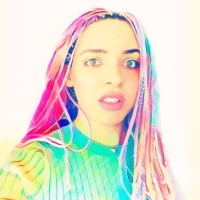 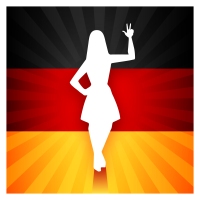 The International Association for the Study of German Politics
The Mixedbetweener